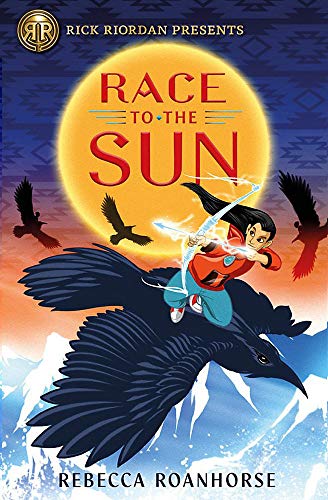 Race to the Sun , by Rebecca Roanhorse

Lately, seventh grader Nizhoni Begay has been able to detect monsters, like that man in the fancy suit who was in the bleachers at her basketball game. Turns out he's Mr. Charles, her dad's new boss at the oil and gas company, and he's alarmingly interested in Nizhoni and her brother, Mac, their Navajo heritage, and the legend of the Hero Twins. Nizhoni knows he's a threat, but her father won't believe her.
When Dad disappears the next day, leaving behind a message that says "Run!", the siblings and Nizhoni's best friend, Davery, are thrust into a rescue mission that can only be accomplished with the help of Diné Holy People, all disguised as quirky characters. Their aid will come at a price: the kids must pass a series of trials in which it seems like nature itself is out to kill them. If Nizhoni, Mac, and Davery can reach the House of the Sun, they will be outfitted with what they need to defeat the ancient monsters Mr. Charles has unleashed. But it will take more than weapons for Nizhoni to become the hero she was destined to be . . .
Timeless themes such as the importance of family and respect for the land resonate in this funny, fast-paced, and exciting quest adventure set in the American Southwest. 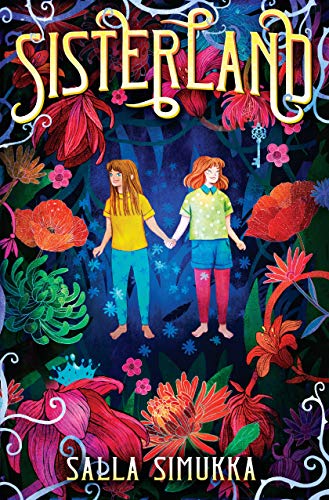 Fall under the spell of this contemporary fairy tale that's perfect for fans of Emily Winfield Martin's Snow & Rose and the Chronicles of Narnia series. Alice thought it was unusual to see a dragonfly in the middle of winter. But she followed it until she fell down-down-down, and woke up in a world unlike any other. Welcome to Sisterland, a fantastical world where it is always summer. The most enchanting magic of all, though, is Alice's new friend Marissa. But as the girls explore the strange land, they learn Sisterland's endless summer comes at a price. Back on Earth, their homes are freezing over. To save their families, Alice and Marissa must outwit the powerful Queen Lili. But the deeper they go into Sisterland, the less Alice and Marissa remember about their homes, their lives before, and what they are fighting for. This is a wondrous tale about heroism, loyalty, and friendship from one of the most celebrated Finnish children's authors, Salla Simukka. 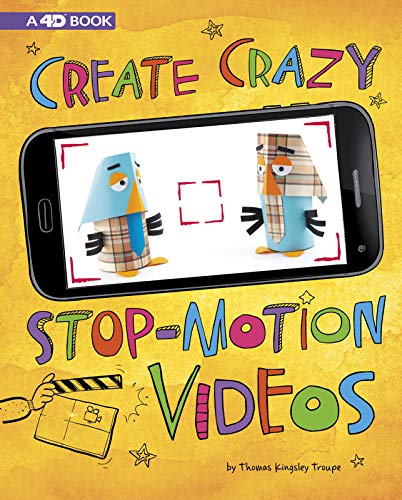 Do you love stop-motion animation? Try shooting a stop-motion video yourself! Learn how to plan, cast, shoot, and edit an stop-motion video. Capstone 4D videos provide extra content to help guide you on your film-making journey. It's time to put your creativity to the test. And action! 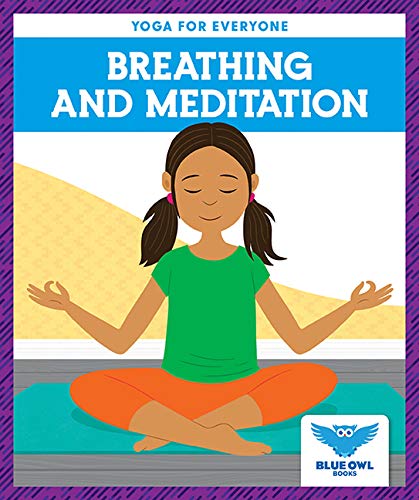 Breathing and Meditation , by Laura Villano

In this book, illustrations and step by step instructions show and tell young readers how to meditate. Breathing techniques, SEL concepts of wellness and mindfulness, and benefits of the practice are also introduced. Original illustrations and carefully leveled text engage young readers as they learn more about the basics of breathing and meditation and how they can easily incorporate it in their daily lives. Try This! and Grow with Goals activities at the end of the book further reinforce the content. Also includes sidebars, a table of contents, glossary, index, and tips for educators and caregivers. Breathing and Meditation is part of Jump!'s Yoga for Everyone series.